Scale insects are the most serious pests of many ornamental plants. There are 13 families of scales in Florida, the most common being armored scales, soft scales, and mealybugs. Scales cause damage by sucking plant fluids from leaves, stems, and sometimes roots. Some species feed on the underside of leaves, which can appear as stippling (small yellow spots) or chlorotic lesions. Heavily infested plants look unhealthy and produce little new growth. Heavy infestations can cause extensive leaf yellowing, premature leaf drop (defoliation), branch dieback, and plant death. Life cycles of the various scale species differ somewhat, but a generalized life cycle is as follows. The eggs are laid beneath the wax coverings, ovisacs, or beneath the adult female. Eggs generally hatch in 1 to 3 weeks. The newly hatched nymphs (crawlers) move around the plant until they find a suitable feeding site. Wind may also transport crawlers to new hosts. Nymphs insert their straw-like mouthparts into the plant and begin to feed and grow. Males of many species develop wings as adults and fly to locate mates. 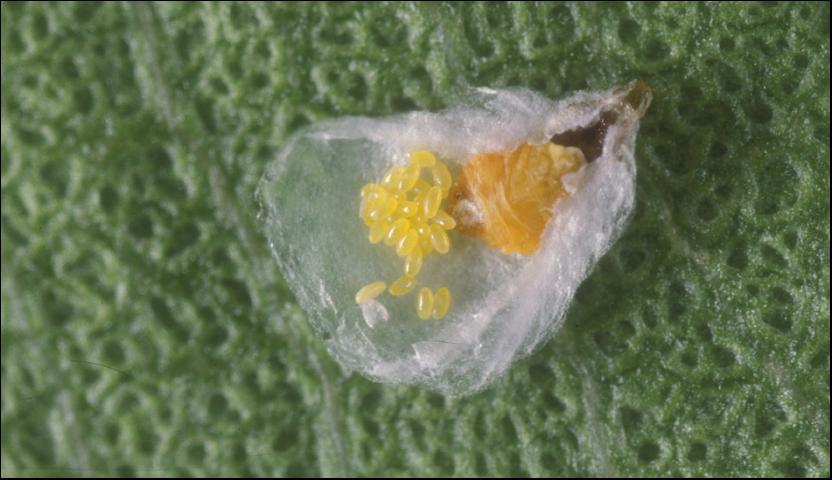 Over 175 species of armored scales occur in Florida. They are distinct from other types of scales because they secrete a waxy covering over their bodies that is not attached to the body. The scale lives and feeds under this covering. They range in size from 1/16 to 1/8 inch in diameter and can be almost any color and shape, depending on the species. Some adult female armored scale shapes are shown in. Male covers are generally more elongate and smaller than that of females. After molting, adult males are tiny, winged, gnat-like insects and are rarely seen. Armored scales do not secrete honeydew. 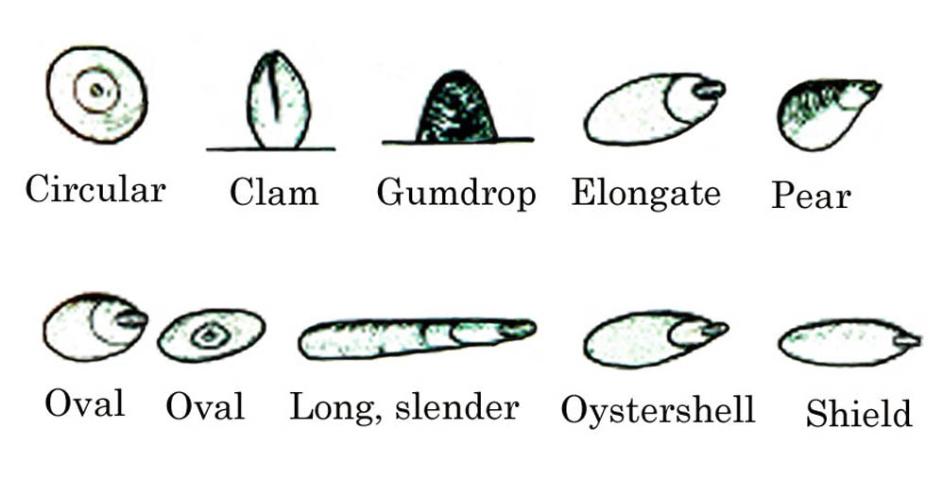 Over 60 species of soft scales occur in Florida. Soft scales also secrete a waxy covering, but it is attached to their bodies. Soft scales vary widely in color, size, and shape. They range from 1/8 to 1/2 inch in diameter and may be nearly flat to almost spherical in shape. Because soft scales consume so much plant sap, they excrete a lot of sugary liquid, called honeydew.